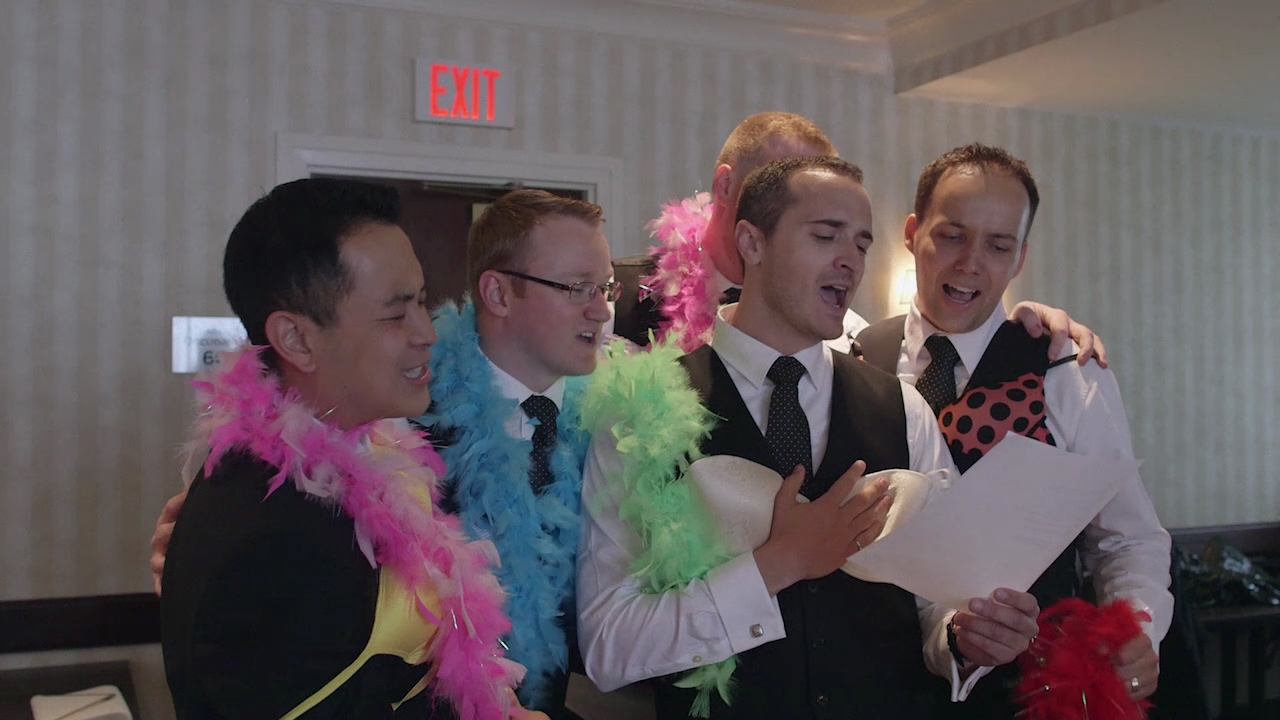 Peter: She’s a good cook – when she’s not making her “healthy” dinners.

Alison: He can recite MANY movies word for word. Literally.

Where do I start with these two? It only makes sense to start with the beginning. After about two and a half years of dating Peter finally popped the big question. With him studying in Europe, Alison periodically had dinner with his siblings to stay in touch. She thought it was going to be a regular get together to catch up. Even when Peter’s brother (Jamie) mentioned “burgers on the rooftop”, Alison didn’t clue in. The weather was warming up near the end of March, so why not barbecue some burgers on the rooftop?!

To pass time after work that day, Alison took Carlie to the dog park across from Jamie’s condo. He brought his dog Digby over for a quick doggy play date before grabbing a coffee and heading back for dinner. (Alison had no idea that Jamie actually got a coffee just to stall time! Jeff, Katie and Peter were setting up the condo as ‘Plan B’ because it was too windy that day for a rooftop proposal.)

When they arrived, Jamie fumbled with his coffee, keys and Digby’s leash, so he casually said, “Hey, check if the door is unlocked.” Still without an inkling of suspicion, Alison opened the door. The red rose petals on the floor immediately caught her eye. She traced the path of petals up to Peter, standing in the middle of the room in a shirt and tie, surrounded by one hundred tealight candles.

The rest is history.

It was an absolute blast shooting Alison & Peter’s wedding. They were so much fun to be around and it felt like we were among old friends throughout the day. The event took place at The Carlu in Toronto, ON.

Here’s a short excerpt from their wedding film.